Would you like to switch to the accessible version of this site?

Don't need the accessible version of this site?

Is Your Pet Susceptible to This Silent Killer?

Heartworm disease is an extremely common life-threatening infectious disease in the U.S. particularly in the Southeast due to the amount of mosquitoes. Fortunately for pets, it is also very preventable with monthly preventative medications, which are dispensed by your veterinarian after the correct blood testing.

Having dealt with this disease first hand with my German Shepherd/Lab mix, Surf, I want to help you get a better understanding with what this disease is, how it's spread, and the best ways to keep one step ahead of this deadly disease. Now let's cover some of the basics of this serious and potentially fatal disease. 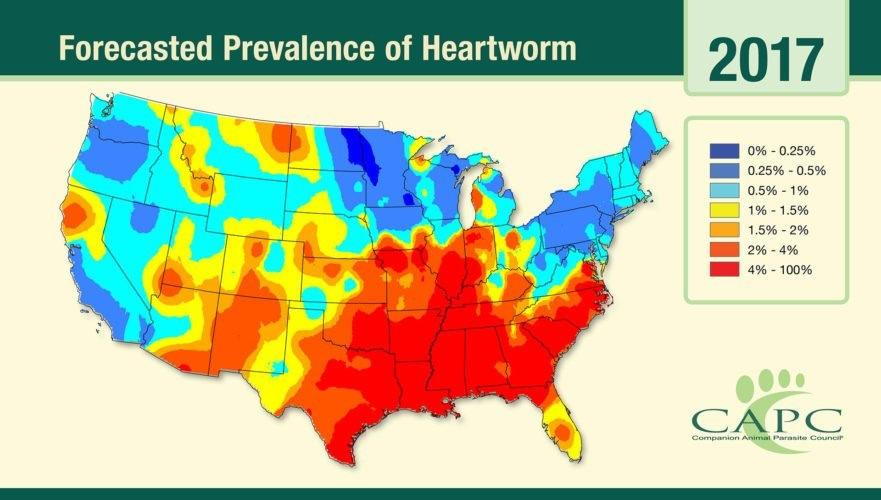 As the name suggests, heartworms live in the heart, lungs, and can spread to the associated blood vessels of many mammals. Dogs are the most prevalent species to be infected but other species such as cats, ferrets, bears, sea lions, and in rare circumstances humans can be infected. After a mammal is infected, it can take 6-8 months before being able to be detected with blood screening. Adult heartworms live in the right side of the heart in the right ventricle and adjacent blood vessels where they can grow up to 14 inches in length. 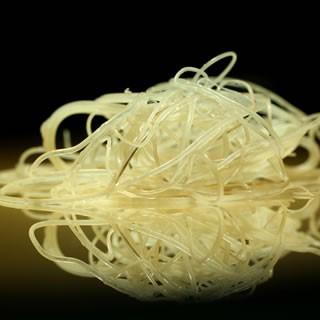 The main culprit is the mosquito. Mammals that are infected are not directly contagious since the worms must be transmitted by mosquitoes. A mosquito bites an infected animal and picks up microscopic heartworm larvae, called microfilariae. When the mosquito bites another animal, it passes the microfilariae into the bloodstream of the new host. The larvae then migrate through the bloodstream toward the host’s heart and lungs. Once in the heart and lungs, the microfilariae mature into adult heartworms. Early detection of heartworm disease is very difficult but once the heartworms reach maturity and invade the heart and lungs owners may notice symptoms such as: mild or persistent coughing, shortness of breath, nosebleeds, tiring easily during exercise, lethargy, fainting spells, and/or decrease in appetite leading to weight loss. The treatment for heartworm disease is very risky and requires a significant amount of dedication by the pet owner. Treatment consists of a series of drug injections that kill the worms. There is only one drug approved by the FDA, called Immiticide, to kill adult heartworms in dogs and there is NO CURE for heartworm disease in cats. The drug is an organic arsenical compound that is injected into the dog's back muscles. Once treatment starts the dog must stay hospitalized for 24 hours to make sure there are no adverse effects with the medication. After that, the pet can go home but must remain crated for several weeks with very restricted exercise, only being let out for leash walked potty breaks until your veterinarian approves a normal exercise regime again.

During the next several weeks it is crucial to restrict all exercise/excitement as fragments of dead heartworms can block blood flow through vessels and worsen the inflammatory response. Too much exercise increases blood flow to blocked areas, causing capillaries to rupture as the body tries to pump blood through the blocked vessels. This heightens the likelihood of complications, such as coughing, breathing difficulties and even sudden death! Treatment of heartworm disease is also very costly. If you were to do annual testing and prevention it would take 10 years before equaling the cost of the treatment of adult heartworms! 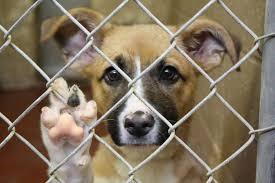 Being One Step Ahead

Since treating heartworm disease is both costly and risky, it is always best to stay ahead of the game with prevention. Heartworm medication comes in three forms. Heartworm prevention can be given as an injection administered by your veterinarian every 6 months, a topical which is applied to the skin at home every month, or an oral medication such as a meaty chew or tablet, also given at home every month. My personal favorite, and probably the most convenient for pet owners, is the meaty chew such as Heartgard Plus for dogs because they think they are getting a treat.

Annual testing for heartworms is just as important as year round prevention. It can take months before heartworms cause symptoms to show and sometimes these symptoms can be missed. Because it may be several months before the pet exhibits signs of heartworm disease it is very important to do regular heartworm testing. Even the best of us may miss giving a dose of prevention or give it late; prevention may not be stored properly and can then be less effective. For many reasons, even if your pet is on heartworm prevention annual testing is recommended. It can greatly improve the odds of treatment if the disease is caught in its early stages. Testing consists of a simple blood test to check for antigens left behind in the bloodstream by female heartworms or to check for the antibodies, which are produced by the immune system telling the body to target the invading parasite. All in all, the best cure for heartworm disease is prevention!

Ask your veterinarian about your dog’s risk level and be sure you're doing everything you can to stop heartworm disease before it starts.

Find us on the map

Read What Our Client Say